There are 7 roles for a participant on a team: Player, Captain, Coach, Assistant Coach, Admin, Chaperone, and Staff.

Two of these roles are considered "playing members" and are counted in the roster count: Player and Captain. People with other roles on the team are not counted against the roster limits. 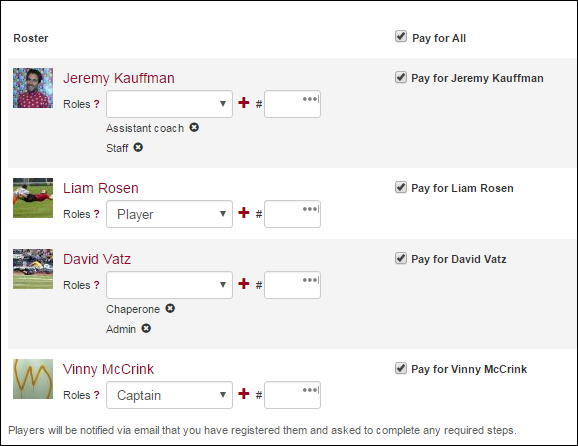