Allow Teams to Schedule Their Own Games Print

Allowing teams to schedule their own games is an optional feature that must be manually activated by our support team.

To get started, open a ticket with support indicating you'd like us to activate this feature for your organization. Once activated, you'll see the following option in your Event > Setup > Optional Settings:

Team admins will now be able to see extra bells and whistles on the 'Schedule' tab of their event. Here's a screenshot from a team admin's perspective: 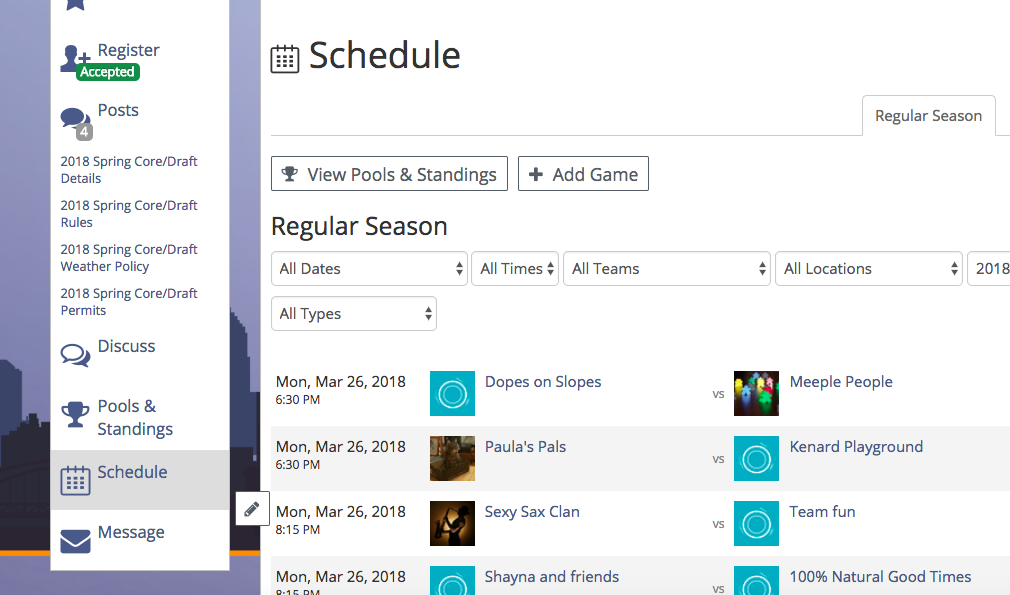 The team admin will now have the ability to "Add Game". This only works for them in the Regular Season block, they're not able to add games to the Playoff block. The team admin will also be able to edit/update games they are involved in (see the edit icon next to one of the games).

If a team admin clicks that pencil icon, the generic game edit screen will pop up: 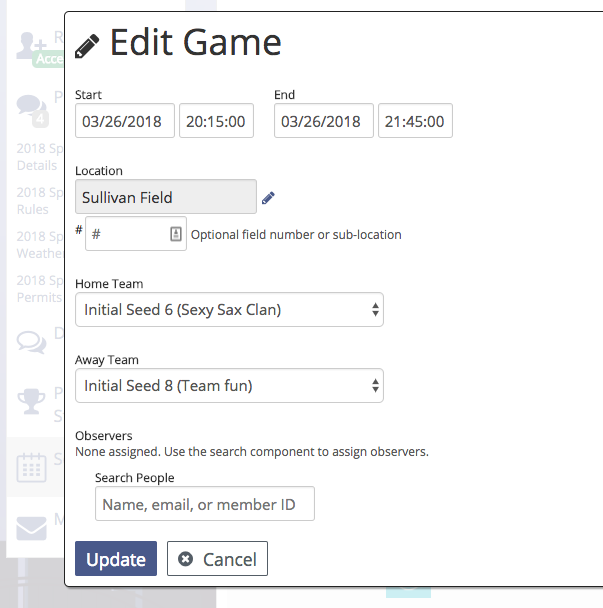 Team admins can make whatever edits they need to, but it won't let them save changes unless their team is one of the two teams selected. Note that technically, a team admin can delete a game.